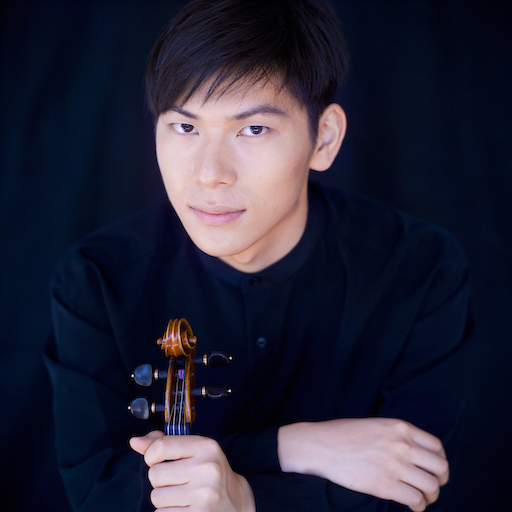 Yujin Ariza, violinist, made his Carnegie Hall debut in May 2008. A winner of the National Young Arts Foundation 2013, Yujin made his concerto debut with the El Camino Youth Symphony as a winner of its Concerto Competition with a full house audience at Flint Center, Cupertino, CA in 2008. He appeared again as a soloist with the Symphony to perform Ravel’s Tzigane in 2010. Recently, Yujin appeared with the Winchester Orchestra by performing Tchaikovsky’s Violin Concerto as a guest soloist. He also performed with the Nova Vista Symphony as a soloist of its Young Artist Concerto Competition winner in 2012. He performed at the From The Top soiree in San Francisco as well in 2012.

Yujin has been touring with the El Camino Youth Symphony as a guest soloist in summer 2013. He performed Sibelius Violin Concerto with the symphony at Dvorak Hall of the Rudolfinum in Prague, Grosse Saal of the Mozarteum in Salzburg, Slovak Radio Hall in Bratislava, and Bela Bartok National Concert Hall in Budapest. He had also performed a solo recital in Prague.

Yujin had performed in many different venues in US, Canada, Poland, Austria, Italy, Japan and Germany, including in the legendary Berliner Philharmoniker Concert Hall.